Tombstones is a central memorial tradition to honor the one whow passed. 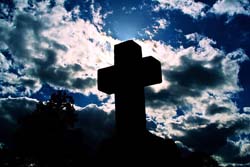 Nowadays tombstones often be designed elaborately. The beautiful structure and elegant design of most tombstones today makes a stroll through one of today’s cemeteries reminiscent of a walk through a lovely park.

Tombstones’ style changed much in these year. Tombstones of yesteryear were usually large, upright pieces of sculpted stone that had written information about the people whose graves they marked. But most of today’s tombstones are smaller, simpler, plaque-like pieces made of bronze, granite, or a combination of the two, and they are displayed directly on the ground at the head of graves. The up-right tombstones are less common today than they once were because time has shown that they have a tendency to deteriorate and fall over as years pass. Tombstones that are installed at ground level are designed to weather the elements much longer.

Today’s tombstones usually come in two varieties: bronze and granite. Bronze tombstones typically include bronze plates with special memorial designs and lettering that name the deceased as well as the dates of birth and death. These plates are then attached to granite bases and then installed in cemeteries as beautiful tombstones. Granite tombstones, meanwhile, are formed from one of the world’s oldest and strongest natural materials, which has been shaped, polished and chiseled into a tombstone that will certainly last for ages.

Special Tombstone Symbols and Their Meaning:

Probably, the best place to see the language of symbols is in your local cemetery. Different symbols and emblems used on tombstones and headstones have different meanings and understandings. The following is a small sampling of some common tombstone symbols. Like any type of art, some images fall out of fashion, and some icons are favored in one area and unseen in another. For example, one image common in cemeteries in the Midwest is that of shaking hands. This image is not common in Colorado cemeteries.

ANCHOR – A symbol of hope and steadfastness. An anchor with a broken chain means cessation of life. This type of emblem is often used on tombstone of a deceased who was a seaman.

Book – Often, represents the Bible, but, it can simply mean knowledge. An open book might signify an open heart or mind, open to the word of God. A closed book usually indicates a completed life.

Angels – A guide to Heaven. It means the agent of God and guardians of the dead. It basically symbolizes spirituality.

Bird – A flying bird indicates the flight of the soul to God. It also symbolizes of rebirth and eternal life, spirituality, messenger of God or peace.

Arch – Arch symbolizing a triumphant entry into Heaven or victory over death. It also means re-union with partner in Heaven.

Broken Column – A noble life lived by the deceased. When the column is used in a broken or draped format it symbolizes early death along with mourning and grief.

Cherub – It represents divine wisdom or justice. Sleeping cherub is a symbol of innocence and it is primary used on a infant’s or a child’s gravestone.

Butterfly – It is symbolic of the resurrection of Christ.

Rose – Roses are known for their fragrance and their beauty. Often they are emblems of love, victory, hope, unfailing love, triumph and purity.

Lily – A symbol of chastity, innocence, purity and rebirth.

Myrtle leaves – A symbol of undying love and/or peace.

Olive branch – A symbol of peace, forgiveness, and one’s humanity.

Heart – A symbol of love, devotion, joy, and/or mortality. Two joined hearts on a stone mark a happy marriage.

Hourglass – A symbol of the swift passage of time, as in the shortness of life on earth.

Ivy – A symbol of either eternal life or undying affection.

Lamb – A symbol meaning innocence; used primarily on an infant’s or a child’s gravestone.

Laurel – Laurel leaves or laurel wreath, symbolizing triumph over death or ever green the memory of the deceased.

Poppy – It is a symbol that stands for eternal sleep.

Pyramid – It is a symbol that means resurrection, eternal life, enlightenment and spiritual attainment.

Female Figure – Usually depicted in a sorrowing posture, a symbol of sorrow and grief.

Garland – It indicated victory over death.

Finger – Pointing downward, a symbol of “calling the earth to witness. Pointing upward, most common, symbolizing the pathway to Heaven or the deceased found Heavenly reward.

Cross – It is a symbol of faith and eternity. When used on the graveyards of military persons it means trials, victory and reward.

Swallow – A symbol of motherhood, the spirit of children, or a symbol of consolation.

Urn – A symbol for the soul, immortality or penitence.

Moon – A symbol of death, rebirth, or victory.

Tree trunk – A symbol of the frevity of one’s life. The number of broken branches indicate the deceased family members who were interred at that site.

Triangle – The symbol of the Holy Trinity. An emblem in the shape of a triangle means truth, equality and the holy trinity.

Wheat – A symbol that means the body of Christ.

Wheel – It symbolizes the cycle of life, enlightenment, spiritual power.

Wreath – A symbol of victory

Wreath of roses – A symbol of heavenly joy and bliss.
Wreath on Skull – It is a symbol of victory of death over life.

Weeping willow – It is a symbol of mourning, grief, sorrow, lamentation.