Grave headstones or monuments for graves remain today the world’s most popular way to permanently memorialize the passed loved-ones. All across the globe people alive today can expect to be remembered through the ages by grave headstones personalized to include their names, dates of birth and death, special designs, and other relevant information. Even people whose bodies have been cremated are often memorialized with grave headstones installed in their family cemetery plots.

Today’s grave headstones usually come in two varieties: bronze and granite. Bronze grave headstones typically include bronze plates with special memorial designs and lettering that names the deceased as well as the dates of birth and death. These plates are then attached to granite bases and then installed in cemeteries as beautiful grave headstones. Granite grave headstones, meanwhile, are formed from one of the worlds oldest and strongest natural materials, which has been shaped, polished and chiseled into grave headstones that will certainly last for ages.

By having grave headstone always available to view in a specific location, families are practicing the sound advice that psychologists typically give to those going through the grieving process. But, besides their emotional value, grave headstones are also important for historians who want to assure that lives can be documented decades, or even centuries, after death. The sturdy construction of grave headstones assures that people will be remembered long after the elements have destroyed paper records or technology has made electronic records obsolete. 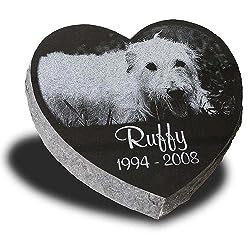 The most common headstone option is the ground level headstone known as a ‘flat marker’. Such headstones are thinner in size as compared to other types of headstone and lie flat along the ground. A flat headstone can be set into a base or stand by itself. On a flat headstone, there is space for a very simple inscription such as name, years of birth and death and an epitaph of three to four words. In the market you can find simple flat markers as well as fairly elaborate flat markers. Such headstones are usually made from granite or metal slabs. 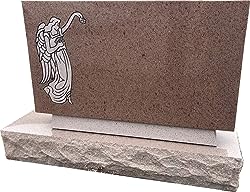 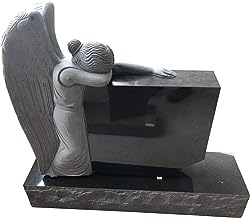 These are the oldest types of headstones that one can still find in cemeteries. Here flat or rectangular stones with rounded, triangular or domed tops are set into a slot in a stone or concrete base. Due to the wide base, these headstones do not tip over and fall. A wide variety of materials are used for this type of headstones, ranging from wood to stone. 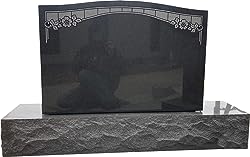 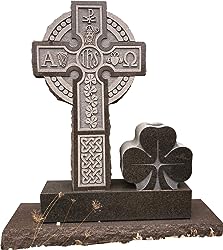